Typhoid is a contagious bacterial infection that can cause fever, headache, abdominal pains, and loss of appetite. Typhoid spreads throughout the body and can affect multiple organs. Most people recover quickly with prompt treatment. However, untreated typhoid can be fatal or cause life-threatening complications.

Signs or Symptoms of Typhoid

Once a person gets infected with typhoid-causing bacteria, the signs of infection will develop only after a week or two. A few prominent signs or symptoms of typhoid are:

Antibiotic treatment is effective in the treatment of typhoid. A few common antibiotics that can be prescribed for typhoid include:

Commonly used to treat typhoid, doctors often prescribe Ciprofloxacin for adults who are not pregnant. Similar to Ciprofloxacin, Ofloxacin drugs can be prescribed.

If Ciprofloxacin doesn’t work due to bacteria resistance, Azithromycin (Zithromax) can be used.

Ceftriaxone is used to deal with complicated infections. This injectable antibiotic is for those who cannot consume Ciprofloxacin, such as children.

Other typhoid treatments include

Fluids prevent dehydration due to diarrhoea or prolonged fever. Furthermore, if people get severely dehydrated, they may receive fluids intravenously (through a vein).

If your intestines get torn, you need a surgical process to repair them.

You are at increased risk of typhoid disease if:

In the first stage, the patient will have preliminary symptoms of infection, such as headache, dry cough, and mild fever (only in a few cases).

This stage is marked by weight loss and a rise in fever. The stomach also becomes bloated. The patient will feel lethargic and have fever dreams or hallucinations.

In this stage, holes form in the intestine, leading to an abdominal haemorrhage. This severe stage can also cause encephalitis (inflammation in the brain). Due to acute dehydration, a person may experience a higher intensity of delirium. Furthermore, the person becomes so weak that they cannot stand or walk.

To test for typhoid, you must get your stool, urine, and blood samples cultured. A bone marrow culture, which is a sensitive and complex test for Salmonella typhi, can also be done to diagnose typhoid fever.

Other tests can also be carried out to confirm typhoid infection, such as an antibodies test or a test to determine the presence of typhoid DNA in your blood. If your typhoid is confirmed, your family members will also need to take the test to check if they have been infected.

Before travelling to typhoid-prone regions, consider getting vaccinated. The options include:

Several secondary precautionary measures must be exercised to avoid typhoid:

Watch what you drink

Watch what you eat

In several cases, patients experience a relapse of typhoid fever when the symptoms return. This generally happens about a week after the antibiotic treatment has concluded. However, the relapse phase sees milder symptoms, and the illness lasts for a shorter duration than the original illness. An antibiotic treatment works best at this stage.

If typhoid is not treated on time and allowed to progress naturally, it can cause life-threatening complications and turn fatal.

The pathogenesis of typhoid is influenced by factors like the patient’s immunity, infectious dose, and infectious dose. Depending on the patient’s immune system, the incubation phase lasts from 3 days to 3 weeks. During the incubation interval, a patient may have minor complaints of abdominal pain or fever. Some might not show any sign. Once the bacterium reaches a critical mass, a patient is infected with active typhoid.

If a patient is not treated timely and with the appropriate antibiotics, they may experience complications in the third week of typhoid infection. One common complication is internal bleeding, which occurs in the digestive system. The other is the perforation (splitting) of a few parts of the bowel or digestive system, further infecting nearby tissues. 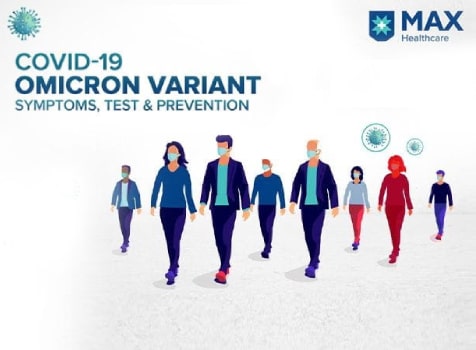 India has successfully administered over 125... 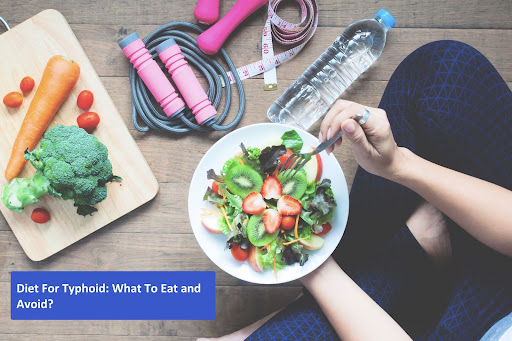